Free trading tips can cost you Lakhs of money!! 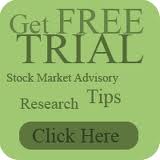 Being a Stock Investment advisory firm, many confuse us for tipsters. Though we have clearly mentioned that we don’t suggest trading nor do we offer short term stock/market prediction tips, but somehow it’s difficult to explain it to people the difference between tips and investment advice.

Now, this article (The below story was shared by Prof. Bakshi in one of his articles in Outlook Profit) is dedicated to all those who seek free tips for short term trading. Reading this will probably enlighten you on the tricks used by tipsters to dupe you of your hard earned money.

It’s a same old story where you get some initial free tips right and when you finally join the service and act on the next tip (that too with good stake), you end up losing.

There is an element of naivet involved here and that is this: if anyone possessed the ability to accurately predict stock market movements consistently, he would become a very very rich man so quickly (by trading in his personal account) that he would not find it necessary to sell his forecasts to the general public. Most investors, however, choose to ignore this basic fact and continue to make their investment decisions on the basis of tips. It’s not for nothing that we find Common sense so un-common.

The story goes as below

This is the story of the man who publishes a stock market prediction newsletter offering advice to prospective clients. One day you receive his newsletter in which you’re offered a free prediction. The prediction is that the stock price of Reliance Industries would rise by more than 10 per cent during the course of the next month. Not paying much attention to the free tip you’ve just been of offered – you toss the newsletter aside.

A month later you notice that Reliance had indeed risen by more than 10 per cent. It’s a coincidence, you correctly conclude. Very soon, you receive another free prediction. This time the author predicts that Reliance will fall by more than 10 per cent in the next month. A month passes and you notice that the second prediction has also come true.

Next week, you receive another free prediction. This time you’re told that Reliance will remain range bound and won’t change by more than 10 per cent in the next one month. Bingo! This prediction also turns out to be accurate. Now you’ve three correct predictions in a row!

This goes on for another three times. Every time you get a free prediction, it turns out to be correct.

Can six accurate predictions in a row be a coincidence? Of course not you conclude. This man has real predictive powers. So, when the next tip is offered to you as part of a monthly subscription, which would cost you Rs 5,000 per month (some 50% discount offer valid only for 2-3 days), you have no hesitation in writing a cheque immediately. It does not even occur to you that if this man really had predictive powers, why would he offer to sell it for just Rs 5,000? Surely it would be far more profitable for him to keep his secret with himself and trade on it in the futures and options market. Wouldn’t it? These questions do not occur to you. But they should.

Soon after your cheque has cleared, the seventh prediction arrives and this time you act. You take out all your savings and take a leveraged position in the futures market. And you lose everything and more, because your gamble did not pay off since the prediction turned out to be dead wrong!

What is going on here? Were you duped? Yes! But how?

Let me explain by telling you the same story but this time from the perspective of the man who duped you.

It’s obvious that one of the groups would have received a correct prediction and the other two would receive predictions that were false.

If this process is continued, it won’t be long before 450 very gullible people would have received four accurate predictions in a row. All of them would be very impressed with the track record they observed and most of them would be willing to buy the Rs 5,000 monthly subscription.

Thus, you become one of those 450 unfortunate folks who lose not just Rs 5,000 subscription cost but substantial capital loss while betting on the short term tips as a part of your subscription. The only one who makes money is the smart tipster, who makes a mockery of your naive thought process.

Next time, use some common sense. After all, it’s your money.