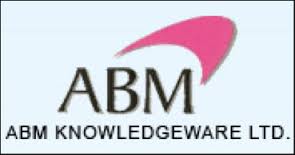 In the past, service delivery mechanisms of the government departments left much to be desired in India. Cramped spaces; shabby ambience; discourteous dealing personnel and their chronic absenteeism; demands of gratification; inefficiency in work; long queues; procrastinating officials; procedural complexities; etc., were some of the undesirable features of the working of the government departments.

Consequently, a visit to government department by a citizen to make use of any service used to be a harrowing experience. Public Administration, governed by bureaucratic structures built on rationale principles, that dominated the twentieth century, has failed to respond to the changing requirements of the present times. It is so because it tended to be rigid, laid too much emphasis on red-tapism; thwarted initiative; wore out dynamism and denied justice as of resultant delays.

However, with the rising awareness amongst the citizens and their better experiences with the private sector â€“ the demand for better services on the part of government departments became more pronounced.

The metamorphosis in the quality of delivery of services to the citizens by the government has been more pronounced in recent years with the advent of e-governance. E-governance, which is a paradigm shift over the traditional approaches in Public Administration, means rendering of government services and information to the public using electronic means. This new paradigm has brought about a revolution in the quality of service delivered to the citizens. It has ushered in:

In India the Government has launched the National e-Governance Plan (NeGP) with the intent to support the growth of e-governance within the country. The Plan envisages creation of right environments to implement G2G,G2B, and G2C services. While the intent is right, the gap is still huge and the process of approval of projects a long drawn one. The same lends itself to a huge business opportunity for all the smart companies operating in the domain of e-Governance.

ABM Knowledgeware Ltd., listed in Bombay Stock Exchange, is one of the few IT companies in India with exclusive focus on E-governance since 1998.

Within seven years of its foray into the E-governance space, ABM achieved the distinction of winning the prestigious award of the Best Technical Organization in E-Governance in India adjudged by the Ministry of Information and Communication Technology, Govt. of India and IIT Delhi.

ABM is one of the few companies in India which possesses IPRs and Trade Marks for its various proven and sustained E-gov solutions. The journey of ABM is populated by several Milestones signifying growth of ABM in this very challenging and tough market segment.

Some of the core strengths of ABM that distinguishes it from many big or small IT companies operating in Indian market can be summarized as:

E-Governance at transactional change E-Governance in India has reached at the Transactional stage and providing various services to citizens, business and government organization, offered by Central Government agencies and different State Government departments. National e-Governance Plan (NeGP), initiated in 2006, attempts to make all Government services accessible to the common man in his locality, through Common Service Centers (CSC) being set up across India. As on April 2011, about 94,786 CSCs were operational while the scope is still humongous.

Strong entry barriers & Customer lock-in ABM operates in a segment with strong entry barriers. Since early 2000, ABM shifted its focus from supplying hardware to developing knowledge-based solutions/products for Govt. organizations. ABM has gained strong domain knowledge like no other company, and has thus been able to bring in administrative reforms in Govt. processes. ABMs products have received awards from various organizations and are amongst the only few solutions that have been adopted by both the National and state Govt. for recommendation and implementation across the country.

Very attractive valuations  ABM is currently quoting at a market cap of Rs 74 crores, while the company holds approximately Rs 15 crore of cash balances. For FY 11, the company achieved a net profit of Rs 10.50 crores at 20% NPM, while the company has already achieved a net profit of Rs 8.77 crore for the half year ending FY 12. We believe the stock is quoting extremely cheap at 5 times FY 12 (E) earnings and approximately 1.5 times FY 12 (E) book value. Considering both the quality of the management and the company, ABM can easily command premium valuations over its peers in the long run.