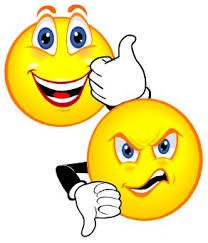 There’s no doubt that we are probably going through one of the worst periods. One carries out due diligence, finds a good company quoting at mouth watering valuations, decides to buy the stock and is humbled by the market the very next week with the same stock quoting 15% lower than his purchase price. However there’s a ray of hope for all the patient investors. I am not saying this just to motivate you, there are some strong reasons supporting the fact that we may be entering the last leg of the correction, which could be very volatile but at the same time fraught with opportunities.

Before I discuss further, let me quote some lines of Mr. Rakesh Jhunjhunwala from Motilal Oswal’s 16th Annual Wealth Creation Study on being asked by Mr. Ramesh Damani about Bears being very vocal and pleading the case that 5200 on the Nifty is the high watermark for the market for a long time….

Here’s what Mr. Jhunjhunwala mentioned and I quote, “Dekh Ramesh, zindagi mein kya hota hai ke har aadmi ka din aata hai. So be it yaar. I only want to know at the end of five years, their balance sheet and my balance sheet. I’ll ask the bears. I think the proof of the pudding is there, not in the shouting. I think the markets are in a difficult stage. We could be in a range for a long period of time. It could be for six months or one year. As an investor I don’t feel that I should sell my equity and put my money elsewhere or that the companies will fail and India will not grow. I am confident”.

I hope the above lines help you understand the fact that wise investors don’t look at markets from a standpoint of next week, month or year. Their outlook spans more than 3 years and more and probably that’s why they are wise and rich at the same time.

So the times are definitely tough, however another wise investor once said, “Either you will get good and cheap equity prices or you will get good news. You rarely get both at the same time.“ At this point of time, we are definitely getting good and cheap equity prices and a deluge of bad news and that’s why we believe that we could be just 10-12% away from the bottom.

It all started in Nov’10 when everyone was gung ho about the Indian economy and the SENSEX had breached the level of 21,000. The retail investors, just like any other period of exuberance, had started approaching the market as they were gaining the feeling of being left out. It was the time when the news flow was good and as the wise investor mentioned, the equity prices were not cheap. Since then, their hopes have been dashed with SENSEX falling from highs of 21000 to current lows of 15,500, a fall of more than 26%. Along the way, Small Cap index has shed close to 50% from its highs of 11,250 in Nov’10 to current levels of 5700.

In the last twelve months or so, we have had complete state of panic twice (State of panic is a situation when almost all the stocks are hammered irrespective of their fundamentals. Out of sheer panic and fear, investors start selling even the fundamentally strong and out performing stocks from their portfolios). One was in Feb’11, when SENSEX dropped to a low of 17,295 on 11th Feb’11. I believe, that was one great opportunity when many good stocks had gone down too low. Since 11th Feb’11 low, market has corrected by more than 10%, however there are numerous good companies that are quoting 20-100% higher than their Feb’11 lows. So that was one leg of correction.

On 16th Dec’11, RBI announced no change in policy however hinted towards rate reversal considering slowdown in economy and inflation. Though it wasn’t a major event, SENSEX witnessed a sharp sell off and closed the day at 15,500. Now, SENSEX has closed below a major support level of 15,750 (the second panic level from which the market reversed). It remains to be seen if this turns out to be the the third leg of correction.

If it does, then SENSEX may tread lower to levels like 13,500-14,000 and the stocks may see a further correction of 15-20% on individual basis. However with the same we also believe that this would probably be the last leg of correction with bottom formation at around 14,000. Seeing your stocks go down by another 15-20% could be painful, when they may already be 25-30% down from your intial purchase, but this is definitely not the time to sell your shares. Instead, brace up your self and keep some free cash (which you may not require for another 3 years) ready for deploying at lower levels of 13,500-14,000 and taking your overall portfolio allocation to 85-90%.

At 14,000, we would be off almost 35% from highs recorded in Nov’10. Considering market history, SENSEX has witnessed corrections of similar magnitude in the past.

Technically speaking, market usually corrects in three phases with the third being the last and most volatile. Though it shakes off most of the market participants, however it also offers some of the best investment opportunities.

Fundamentally, the valuations would go down to an extent (~ 12 times on trailing twelve months consolidated earnings) witnessed only twice or thrice in the past. Though the news flow may continue to remain negative for some time, however as observed in the past, the market does not go below certain valuations, no matter how bad the situation may seem domestically and globally.

After 13 consecutive rate hikes, RBI finally left all the key rates unchanged in its mid-term review of the credit policy. Inflation seems to be under control and this may allow RBI to lower the rates in its subsequent reviews of credit policy.

We understand that it might be frustrating in the current market condition, but then you should understand that equity is just like any other asset class. If you can sit over your real estate holdings (if real estate prices were to reflect every second on some ticker, even they would be so much volatile), bank deposits, gold jewellery for years, then why not stocks of good companies. In the past, equities have outperformed all the asset classes and will continue to do so for forseeable future in a country like India. Moreover, you increase your chances of potential gains by being patient and by investing during such bad times

Remember, its always the darkest before the dawn. You know it and now you can experience it, only if you can hold your nerves.