You will grow, not because the sector is growing, but b 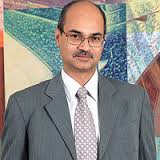 Kenneth Andrade is the man behind the country’s most successful mid-cap fund, the IDFC Premier Fund.

Kenneth Andrade Profile: He has worked in the Indian mutual fund industry for more than 15 years. He picks tomorrow’s blue-chip stocks from today’s numerous mid-cap companies

Investment philosophy: He hitched his fund wagon to the theme of consumption and food inflation more than two years ago and his top picks too have remained the same over that period.

Other interests: Stays in Mumbai and is slightly partial to Toto’s, that classic of a pub in the queen of the Mumbai suburbs, Bandra.

The environment now is very challenging and I donâ€™t expect it to change in 2012 either. Obviously, the smaller companies will face a number of challenges both in the near term and in building their businesses over a period of time.

The cost of capital is going to be a challenge for the end of this year and also the beginning of next year. Base rates today are at about 11 percent in the banking system. So your cost of capital to be in operation is anywhere between 13-15 percent.

That’s a very high cost to pay to be in business. Profitability is next to nothing.

How can an investor take advantage of this choppy environment, and do any thematic plays come to mind?

You have to identify the five companies who will survive! Look at cement. Ambuja, ACC and Ultratech had 60 percent of the market share in 2000. Currently they have 30 percent and all of them are debt free. All the other companies have huge amounts of debt. These guys will go back to 60 percent.

I don’t think one should look at companies from a capitalisation point of view. One should look at where the business is. If you want a large cap company in the FMCG space you only have three or four companies to choose from. There’s no number six or seven. But the entire business is dominated by smaller players. By capitalisation they are small. India’s largest retail company is a mid-cap company. That doesn’t mean it is a small company.

Where do mid-cap companies come from? Let me give you an example. Education is a multi-billion dollar opportunity in India. The problem is that it is so fragmented. So we need one entrepreneur to only consolidate the business. From that we will get one of India’s largest companies. None of these guys will invent this space. They will only have a service offering that will consolidate the market share.

How important is it to consider scaling up as a factor for midcap companies?

We look at a fragmented space and look at one company that can scale up the space. That’s our approach. Take sugar and it is Shree Renuka Sugars. It’s a Rs. 85,000 crore industry, but you have around 360 companies in that industry. You have private sector mills then you have around 400-500 co-operative mills that are there. One guy has to come in and consolidate that entire space.

What special challenges to portfolio construction do you see in this difficult environment?

In constructing a portfolio we have two choices on how to buy. You either buy on valuation risk or you buy on solvency risk. We prefer to go with valuation risk because we don;t want our companies to die on us. Every company which is stress-free on its balance sheet is very expensive. The price earnings multiple of our portfolio is extremely high. What we have stayed away from is not to buy companies that have too much of debt. That is going to be our approach for 2012.

I think any company that can monetise its assets, i.e. put its assets into operation and can service its debt, will come out on top. The other option and opportunity is to take the assets that are there on their books and sell them in the market and reduce the cost of their balance sheet. Look at companies who are reducing the size of their balance sheets. They are the ones to buy. One parameter that I will be closely looking for, in the next financial year i.e. 2013 is any company which is going into 2013-14 with a smaller balance sheet. I think those kind of companies are going to come out on top.

In your view, is the idea of strategic consolidation relevant to financial services as well?

Today, everyone is worried about how the banks are going to manage the delinquencies in the banking system. Let’s look at 2013. If corporate India maintains the current debt-equity ratio, their banks will refuse to fund incremental stress. They’ll only lend to guys who are financially disciplined. And financially disciplined guys are people who reduce their balance sheet. It’s all about availability of capital or liquidity for the next round of growth. The guys who are completely leveraged will not get the money. This is how the equity business has behaved in the last three years; this is how the lenders will behave in the next three years because the lenders will become extremely risk averse. That’s probably my only parameter to watch in 2012-13.