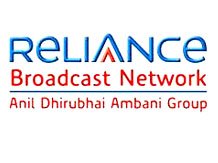 We believe, besides investing in stocks of good companies for long/medium term investment, another smarter way of making money in stock markets is to participate in Arbitrage and Special situation opportunities (SSOs) and we cover such opportunities in Alpha + subscription.

We would like to share with you details on RBN’s de-listing based opportunity and hope the same helps you in identifying and participating in similar such opportunities in future.

The detailed note that was shared with Alpha + members on 7th Oct’13 has been produced below for your reference.

We would like to bring to your notice a Special situation opportunity on the proposed de-listing of Reliance Broadcast Network Ltd (NSE Code: RBN; BSE Code: 533143)

Note: Please read the entire note to make an independent assessment of the risk reward ratio in this opportunity.

Reliance Broadcast Network is Anil Dhirubhai Ambani Group (ADAG) Company with businesses spanning across FM station, television channels and content production. The company launched 92.7 Big FM station in Sep’06 and it’s now the largest FM station with presence across 45 cities, 1000 towns and 50,000+ villages and a weekly reach of 4 crore Indians across the country.

On 18th Sep’13, RBN in its letter to Stock Exchanges informed that the Board of Directors of the company has approved the proposal made by the Promoter entities (Reliance Share and Stock Brokers Private Limited, Reliance Capital Limited and Reliance Land Private Limited) to make a voluntary delisting offer to all the public shareholders of the Company.

Further, the company has already dispatched postal ballots to all the public shareholders of the company to seek their approval to the de-listing offer.

The results of the postal ballot shall be announced on 31st Oct’13.

Important points about the above De-listing proposal

In the last 6 months, the promoters have increased their holding through open market purchases from 70.29% at the end of Mar’13 to 74.96% at the end of Sep’13. The recent purchases were made in the price range of 44-49. We believe this is a strong indicator of the promoter’s intent to de-list the shares of the company. Also, post the approval of Board of Directors, they have not wasted much time in sending notice to public shareholders for their approval.

So, for those buying in the current price range of 50-53 the downside risk is very low till the company receives the shareholders approval (should not be a major hurdle) and further proceeds with the delisting process through reverse book building.

The above are some of the positives with the proposed de-listing offer, however there’s one negative that there is no support in terms of operating performance or the valuations of the company. This factor will come into play only if the promoters abandon the de-listing offer.

Considering the fact that in the short term the downside risk is very low (except in case the de-listing proposal is abandoned), while there could be a decent 15-20% gain in the run up to reverse book building, we would like to suggest the following investment and exit strategy:

Exit Strategy: Book complete profit at around Rs 62-65. The exit strategy may be revised at a later stage depending on the ensuing developments.

As mentioned above, as we are still some steps away from reverse book building, if the promoters backtrack on the de-listing proposal there would be a rush to exit from the stock and one may not be able to exit before the stock has corrected by 20-25% from the current levels of 52.

Last but not the least, in case the stock does not appreciate to 62-65 levels, we will consider holding the stock till the results of postal ballot are declared and in case the company does not receive adequate votes in favor of the de-listing proposal (very low probability); the above mentioned scenario of 20-25% correction will pan out.

We would like to add here that the probabilities of both the above cases are extremely low; however one should still be aware of the risks involved as the resultant impact will be 20-25% loss.

In case of any queries, feel free to drop a mail or call us.