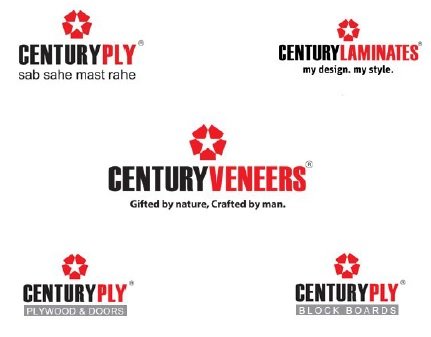 Recently, in Aug’14 we shared our findings on Century Plyboards (NSE Code – CENTURYPLY) which is India’s leading plywood and laminates manufacturer. The stock was recommended to Alpha and Alpha plus members in August 2014 at around levels of 85-88 (CMP – 173).

Century Plyboards is India’s leading wood-panel Company. It operates mainly in two segments: plywood and laminates. Plywood brings in ~76% of its revenues, laminates about 18%. Container Freight Stations (CFS) account for the remaining.

The company has six plywood manufacturing plants spread across the length and breadth of India and one in Myanmar. It is among the top-three laminate manufacturers with capacity of 4.8m sheets and it also has two container-freight stations at the Kolkata port.

Over the last 30 years the company has emerged as a dominant player in the decorative plywood industry with more than 25% share of the organised market worth 4,500 crores. Against the plyboard industry growth rate of 12% for the last 6 years, Century Plyboard has recorded 18% CAGR led by market share gains from the unorganised segment.

Century Ply has also established itself as one of the leading laminate brands in India (third-largest manufacturer in India after Greenply and Merino) and its laminate revenue recorded a 15% CAGR over FY09-14.

It’s important to note here that of the total plywood industry (15,000 crores +), the share of organized players is still 30%, though it has increased from 10% a decade back. As is being witnessed in other industries, the share of organized players is expected to inch up further from 30% and if GST is implemented then the gain in market share will be much faster. With strong entry barriers (Govt. licensing as a hedge against de-forestations and difficulty in sourcing raw material) the incumbent organized players like Century will be the key beneficiaries of the shift towards branded products.

In order to sustain the growth momentum, the company recently doubled its laminates capacity to 4.8m sheets and increased the plywood capacity to 210,000 CBM. It has also increased its dealer’s base from 1,106 in FY12 to 1,424 in FY14.

As per the management, they are experiencing good demand for their products and expect to sustain 25% + CAGR for the next few years and have in-fact set an ambitious target of 5000 crores revenue by 2020 (1,284 crores in FY 14).

Disclosure: I don’t have any personal investment in Century Plyboards; however the findings have been shared with Alpha and Alpha + members. This report is being shared only for the purpose of information; do not construe the same as investment advice. In case you invest in Century Plyboards, please carry out your own due diligence.