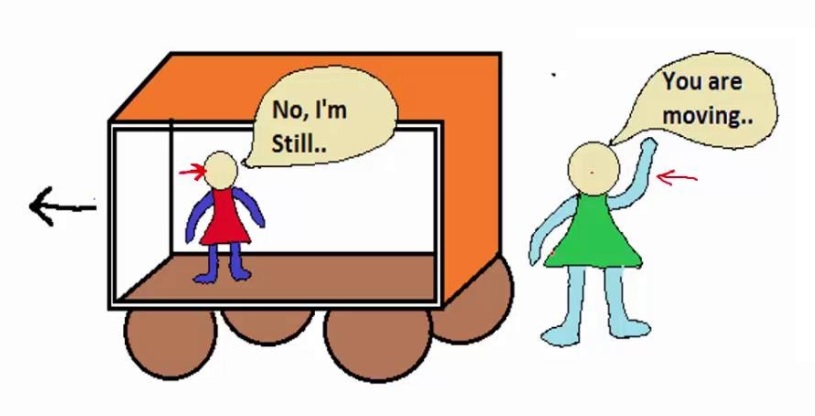 It was another hell of a week and we hope you are doing well.

I am writing this to share with you a personal experience from 2008-09 meltdown and the intent of the same is to help assess the same situation from different perspectives.

As you might be aware, frame of reference is an important concept in Physics and we believe it has its own significance in the world of investing.

To illustrate with an example: Assume a train is passing a platform at a speed of 100 km/hr. For a person sitting inside the train, rest of the passengers sitting inside are stationary i.e. they are not moving. However, for a person standing on the platform, the same passengers inside the train are moving at a speed of 100 km/hr. 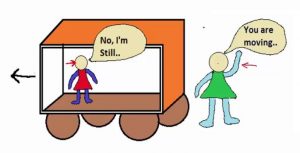 So, while the situation remains the same, the assessments are different as for the person sitting inside the train, the frame of reference is the train itself and that’s why he finds everyone to be stationary and for the latter one, it’s the platform.

Coming back to my experience of 2008-09, I was still in 3rd year of B. Tech and had started earning minuscule sums by writing blogs on stocks. Yeah, so as I come from a family of stock brokers and investors, I was always interested in investing and had some idea about market cycles and the potential for long term wealth creation.

In 2008, the news was bad all around. Bear Stearns had collapsed, Lehman filed for bankruptcy and the markets were going down like anything assuming other would follow suit. The news of market crash had made way from Business Newspapers to General English and Hindi Newspapers with headlines reporting massive loss of wealth by investors.

In India as well, at one point of time there were fears of a run on ICICI Bank deposits and the stocks in general were down like 60-80% or even more.

While I wasn’t personally invested in stocks in early 2008, I suppose the crash of 2008 would have been even more gut wrenching than the ongoing one.

However, as an outsider, with no personal stakes involved, I started looking at the crash as an opportunity and finally decided to open my own demat account in Nov’08 to invest the small savings I had accrued till then.

Frankly, I had no idea about macros or how and why the economy would turn around, but just had some basic idea about market excesses (on both sides), the cycle of correction and recovery and obviously didn’t expect the world to end and the markets to go to zero.

I am sure, a lot of investors who started investing in 2006-07 and were fully invested by 2008 must have been thinking differently (end of markets, doomsday, etc) and many may have even sold their holdings at 50-70% loss with a vow to never return back to the markets. They were not exactly wrong in their thinking because that’s what market volatility does to you; sucks you in at peaks (fear of missing out) and throws you out at lows.

Luckily, as we know, markets did eventually bottom out in Mar’09 and staged a massive recovery in subsequent months and years.

It’s important to change your Frame of Reference:

In our interactions with members, it has come to our notice that fully invested or close to fully invested ones are sort of losing hope and some are even considering exiting.

At the same time, some lucky ones (like I was in 2008-09) who for some reason were out of the markets and flush with cash are thinking in terms of once in a lifetime opportunity.

That’s why in times like these or even when things are going great, the concept of frame of reference becomes important for an investor to assess the situation rationally.

We believe fully invested ones can think in terms of what would they have done had they been holding decent cash? Would they still be selling or rather deploying more in markets?

Fully Invested investors – Depending on one’s profession, we believe it’s important for such investors is to first ensure decent emergency fund (6-12 months expenses) and only then invest from the surplus they accrue from their monthly earnings.

Also, a good time to evaluate all the stocks in the portfolio and make changes within. Almost all the companies will be impacted for 1-2 quarters or more; however, do ensure that they have reasonably strong balance sheet as companies with weak balance sheets may not necessarily survive.

60-80% invested – A good time to have 20-40% liquidity and also a good time to deploy the same. Here again, we are not expecting and also not hoping for V-shaped recovery, so may be stagger over the next 6 months or so.

As the companies announce their Mar’20 results, from the con-calls a lot of clarity will emerge on how the businesses are getting impacted on both the supply and the demand side and one can accordingly assess and take investment decisions.

New Investors – Lucky, as one may say to witness such a massive correction and still have all the funds to invest in the market. Yes, some companies will be permanently impacted; however, it does look like a great opportunity for investment with temporary setback for the economy and the companies.

Also, no matter what your status is, in general invest only that money which you think you won’t need for next 3-4 years.

Last but not the least, in times like these it’s difficult to determine with certainty the impact of the lock-down on various sectors and industries. The prices have corrected across the board and in our view rather than thinking of the top-3 or top-5 stocks, it’s important to spread one’s investments across the positively rated stocks.

Wish you good health and wealth.